Regarding tensions between Australia and Facebook, British Health Minister Matt Hancock said “the UK should follow Australia in demanding that Facebook pay for news content”. The New York Times ran a headline investigating why the National Guard was sent to the Capitol late during the Jan. 6 raid on the Capitol. The European Union (EU) is expected to approve sanctions against Russia over the arrest of Russian opposition leader Alexei Navalny at a meeting today.

February 22, 2021 Here are some of the most prominent headlines in the history of the world press …

The Prime Minister of the United Kingdom Boris Johnson said in a statement that the plan for normalization will be “slow and gradual.” Johnson said people will be allowed to communicate with relatives before the hospitality industry returns. Johnson said “family picnics and school sports events” would be allowed, while cafes and restaurants would remain closed for some time. Johnson said all schools would open on March 8 and families or groups of six friends could come together. Britain’s normalization plan will consist of four stages. There will be a few weeks between stages and the situation will be reviewed.

Regarding tensions between Australia and Facebook, British Health Minister Matt Hancock said “the UK should follow Australia in demanding that Facebook pay for news content”. Hancock, Digital, Culture, Media and Sports Minister Oliver Dowden said he was working on paying for news content on the Facebook platform. A government official told the Times that Britain was working on a way to control the behavior of social media companies. “We see Australia’s steps to address the imbalance between big technology companies and the media as an option,” he said. Facebook said it did not need any legal regulation on the subject and wanted to sign advertising contracts with publishers. Facebook added that media outlets are working for a system that will charge for some of the content on the platform.

New York Times | When the Capitol reached the point of explosion, his half-supplication was met with confusion

When Trump supporters stormed the U.S. Capitol on January 6, the National Guard was dispatched about two hours after the Capitol Police call. The NYT said the delay stemmed from a “chaotic” decision-making process between political and military leaders. The newspaper said that it took 115 minutes for the National Guard to be sent to the Capitol Building due to lack of communication, inaction and confusion. 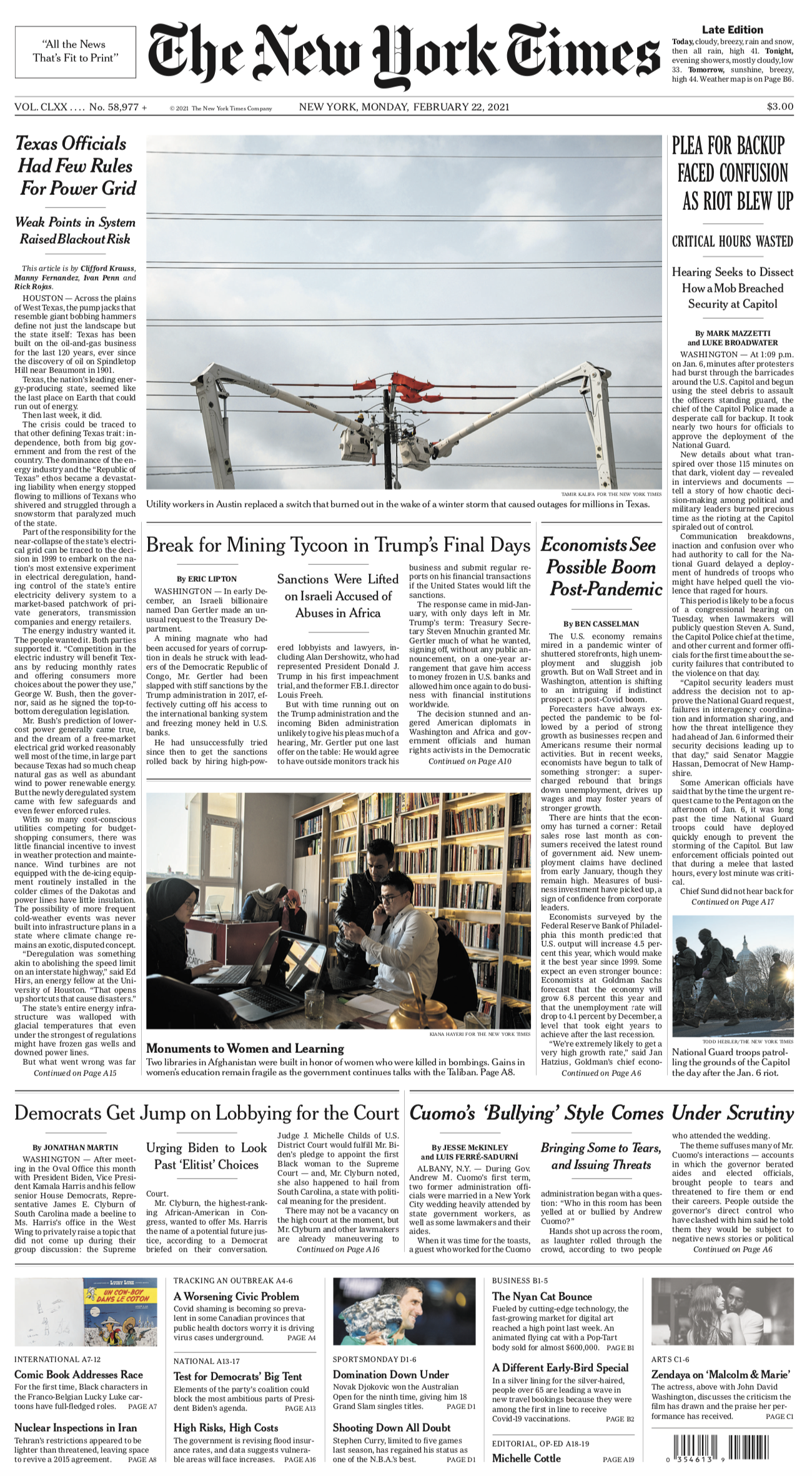 The damage caused by the coronavirus in the United States has reached 500 thousand. WaPo noted that this number is higher than the population of Kansas City. 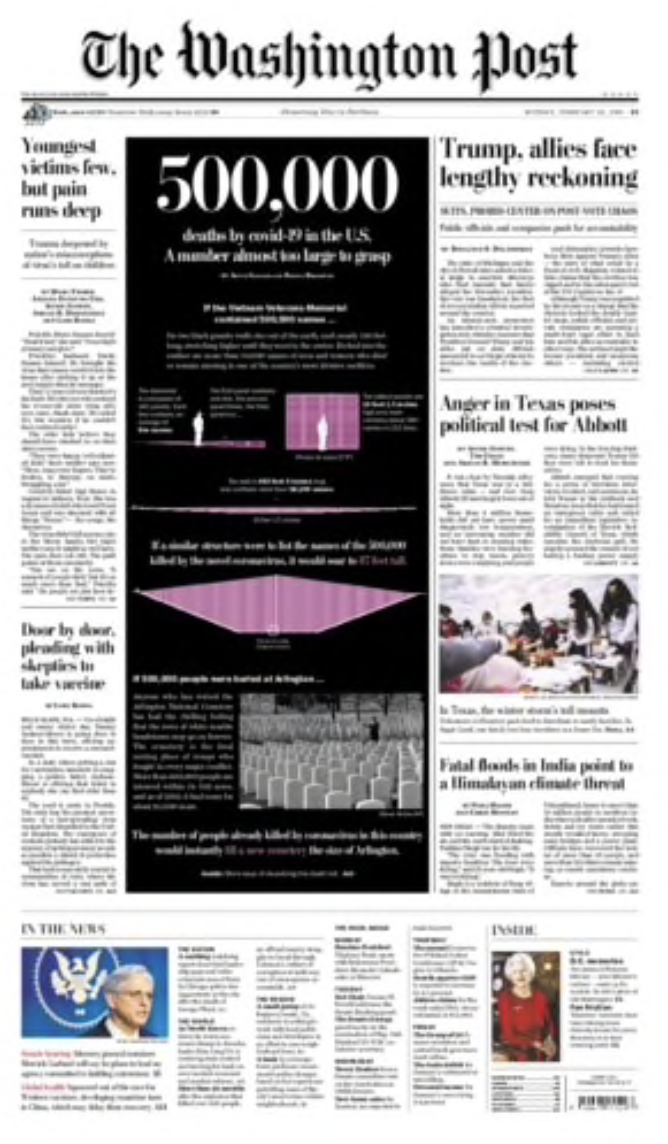 The European Union (EU) is expected to approve sanctions against Russia over the arrest of Russian opposition leader Alexei Navalny at a meeting today.

27 EU foreign ministers will meet in Brussels today. During the meeting, which will discuss many different issues, the new US Secretary of State Antony Blinken will be discussed via video conference.

Diplomats expect the capitals to use the new EU human rights sanctions against some individuals in Russia for the first time.

“I am waiting for a political agreement. Experts from member states should work on the names,” he said.

Tensions on the Brussels-Moscow line escalated with the expulsion of three EU diplomats during a visit to Russia by EU number one Josep Borrell. The EU has imposed sanctions on Russia since 2014 over its illegal annexation of Crimea. 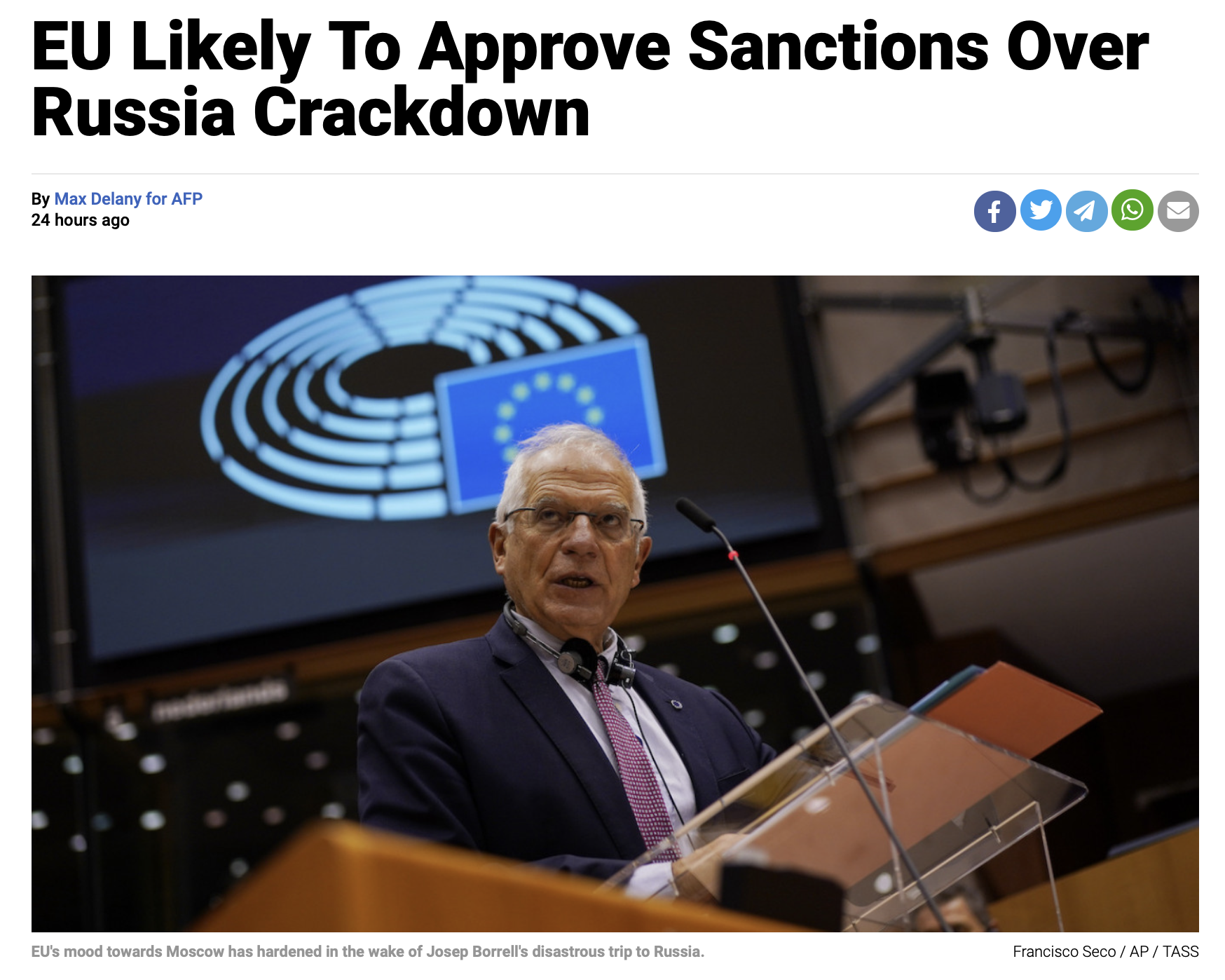 Christian Estrosi, the mayor of the French tourist city of Nice, called for an extension of the curfew on weekends to control the rise in incidents and prevent tourists from entering the coronavirus epidemic. “After 18:00 in the evening, we should impose more time and regional restrictions instead of curfew,” Estrosi said. On the other hand, the new bans are said to be alarming for business owners and employees in Nice, where the accommodation sector is widespread.

The President of the International Atomic Energy Agency (IAEA), Rafael Grossi, said that Iran’s nuclear facilities will continue to be inspected for three months from February 23. Iranian Foreign Minister Mohammad Javad Zarif said, “If the United States lifts sanctions, we will return to the agreement. The United States must take positive steps as a party to the agreement.” Shortly after the assassination of nuclear scientist Muhsin Fahrizadeh on November 27, 2020, the Iranian parliament passed a “Strategic Action Plan to Abolish Sanctions and Protect the Interests of the Iranian Nation” aimed at accelerating nuclear activities. An additional protocol to Iran’s separation under the new law allowed the International Atomic Energy Agency to inspect nuclear facilities.