The US Supreme Court has approved a review of tax records despite all efforts by former President Donald Trump. British Prime Minister Boris Johnson has announced plans to lift Coronavirus restrictions in the country in four stages starting March 8. European Union (EU) foreign ministers have decided to impose new sanctions on some individuals in Russia over the arrest of Russian opposition leader Alexei Navalny.

February 23, 2021 Here are some of the prominent headlines in the history of the world press …

British Prime Minister Boris Johnson has announced plans to lift Coronavirus restrictions in the country in four stages starting March 8. Commenting on the “better days” roadmap, Johnson said they would continue “cautiously” in the fight against the epidemic. According to the plan announced by Johnson, all schools in the UK will open on March 8, and two people will be able to meet outdoors. From March 29, people from two different families, or a maximum of six people, will be able to meet outdoors. Outdoor sports will be allowed. The British Science Committee drew attention to Johnson’s plan, but also stressed the importance of being vigilant against overcrowding and deaths in hospitals.

The United Kingdom has announced a plan to normalize the country’s coronavirus disease, according to a plan presented by Prime Minister Boris Johnson in the House of Commons yesterday. The four-stage plan will initially allow for the opening of outdoor schools and limited meetings. Johnson said the earliest date on which all restrictions could be lifted was June 21.

The U.S. Supreme Court has approved the review of tax records, despite the efforts of former President Donald Trump. After an 18-month lawsuit, Manhattan prosecutors will be able to review Trump’s tax returns for possible financial crimes.

Washington Post | Garland’s priority is to investigate the uprising.

If US President Joe Biden’s Justice Secretary candidate, Merrick Garland, takes office, his first job will be to launch an extensive investigation into the Jan. 6 raid on the Congress building, he said. Speaking before the panel, which will decide whether to take office, Garland drew attention to the threat posed by “internal terrorists.” 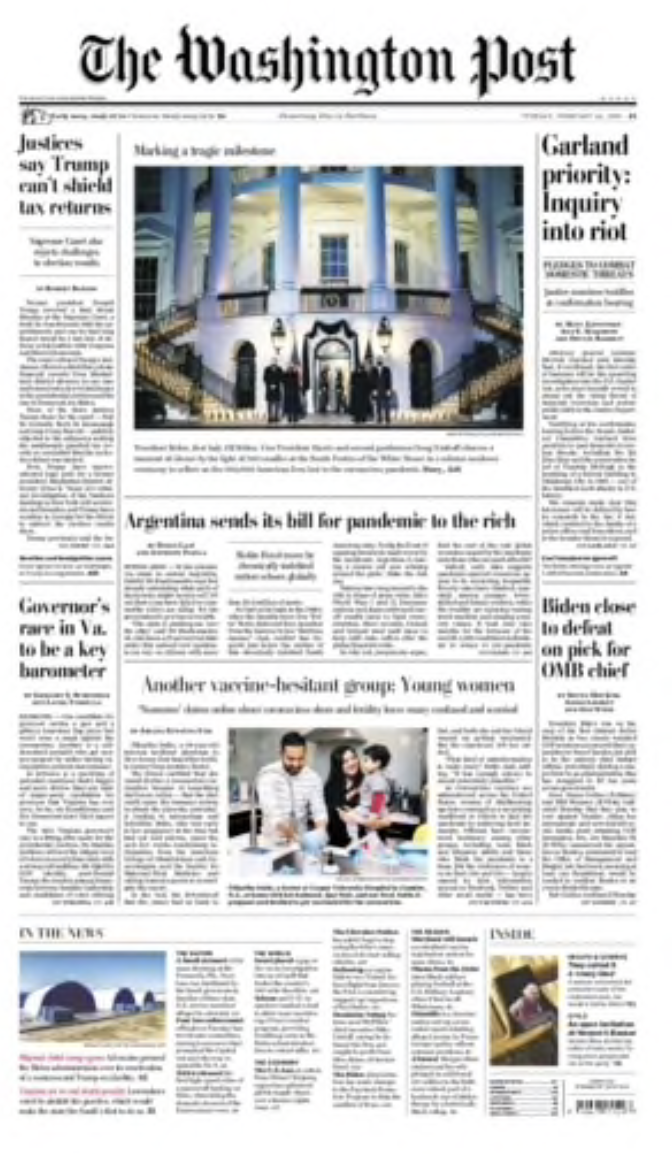 The Moscow Times | The EU agrees to impose sanctions on Russia

European Union (EU) foreign ministers have decided to impose new sanctions on some Russians over the arrest of Russian opposition leader Alexei Navalny. Under the EU’s human rights sanctions regime, adopted last year, some individuals will be subject to sanctions. Speaking to AFP, the diplomats said sanctions would be imposed on four high-ranking officials responsible for Navalny’s arrest. The Moscow Times writes that sanctions against some people upset those who expect the EU to take a tough stance against Russia. 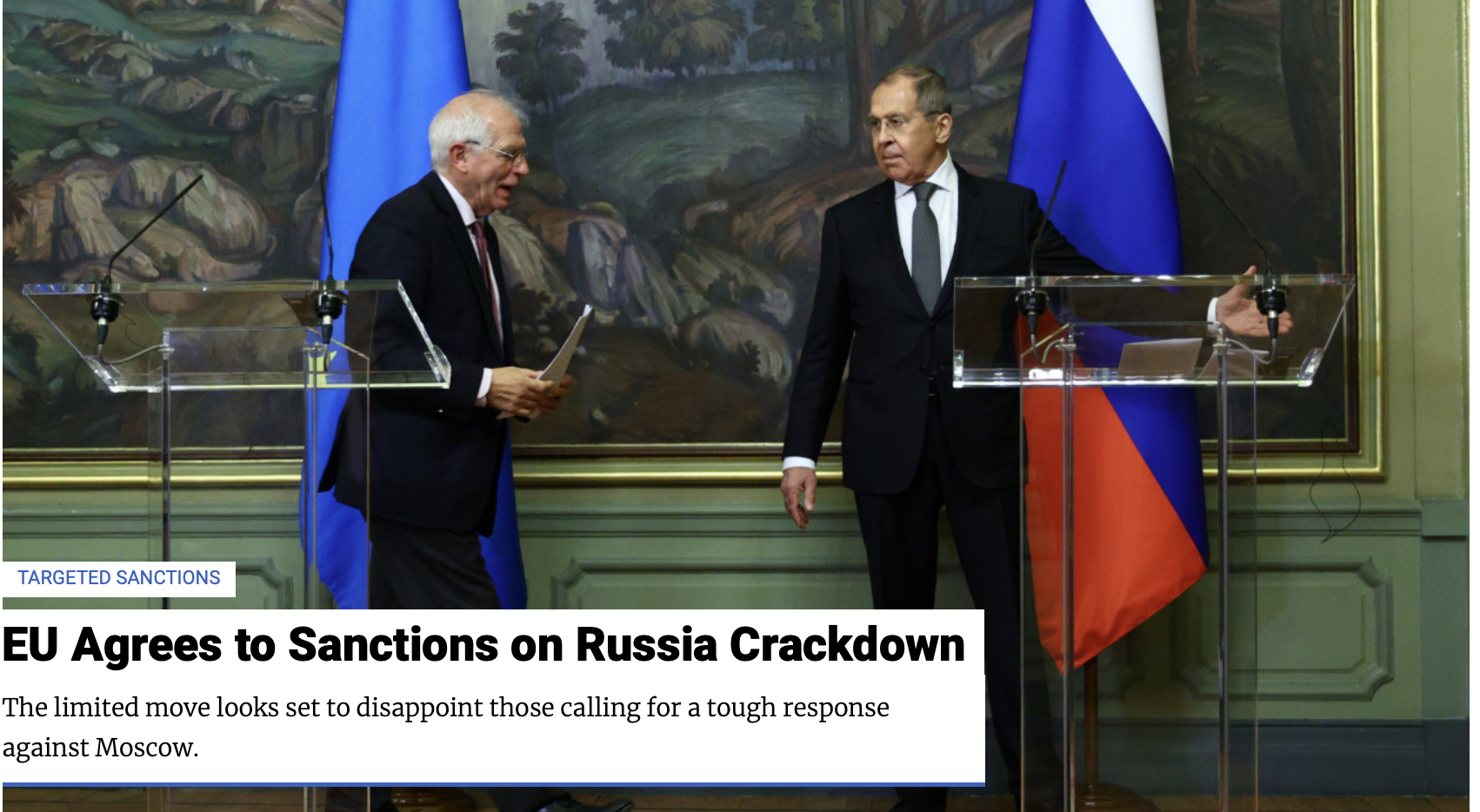 Although the national quarantine option in the fight against the coronavirus epidemic in France was not emphasized again, regional restrictions began to be applied in Nice, where the number of cases was increasing. In France, the material and moral effects of quarantine measures were discussed with the nation, and the effects of restrictions on the psychology of young people in government were discussed. The government, which is reluctant to re-apply the national quarantine method, will take action in areas where incidents are on the rise.

Iranian leader Ali Khamenei has said he will not back down from his nuclear program and will enrich uranium to 60 percent. Describing US, British, French and German statements on Iran as “arrogant, demanding and ruthless,” Khamenei said, “Westerners know very well that we are not behind nuclear weapons. The issue of nuclear weapons is an excuse. They are against our normal weapons because Iran is Iran. they don’t want to. ” Iran had reached 20 percent purity before the 2015 agreement. The agreement lowered the purity limit to 3.67%. Tehran has announced a clean-up of 4.5 percent after it began violating its commitments. At the level of nuclear weapons, uranium is known to be 90 percent pure.